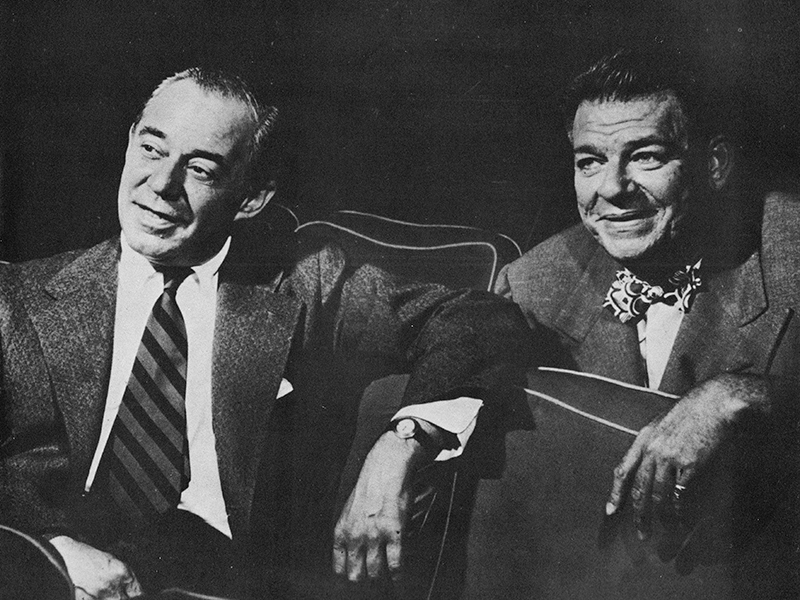 An Enchanted Afternoon with Rodgers and Hammerstein

For sixteen years the songwriting team of Richard Rodgers and Oscar Hammerstein II produced a novel brand of musical play which wove book, music, lyrics and dance into a seamless tapestry of near-perfect theater art. Hit after hit flowed from their collective genius between Oklahoma! in 1943 and Hammerstein’s death in 1960: Carousel, State Fair, South Pacific, The King and I, Cinderella, The Flower Drum Song and, finally, The Sound of Music.

Through original cast recordings, film clips, interviews, correspondence, and other primary materials furnished by The Library of Congress, The New York Public Library and The Rodgers and Hammerstein Organization, learn about the lives of these two icons of the American musical, experience their great productions, and listen to their music which has kept the American public hopeful through wars, recessions, natural disasters, and political intrigue.