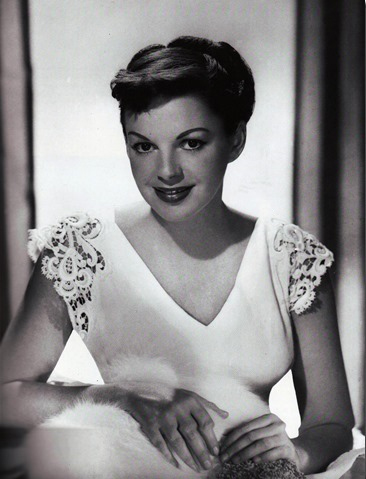 Judy Garland: Climbing Over the Rainbow

Spanning forty-five years of achievement with vaudeville, films, TV specials and voluminous concert extravaganzas, Judy Garland thrilled audiences who adored her stunning intellect. Whiz kid Frances Ethel Gump was twelve years old when she changed her name to Judy Garland in 1934. Louis Mayer began her enchantment the next year by signing her at MGM, and enrolling his “little hunchback” in the Metro school with starlets Elizabeth Taylor, Lana Turner and Ava Gardner. After nine Andy Hardy films with Mickey Rooney, she expanded her gleam in 1939 when both “The Wizard of Oz” and “Babes in Arms” were released, as only three decades of stardom and struggle awaited “America’s Sweetheart.”

Enjoy your fantasies and remembrances as American music specialist Robert Wyatt takes you through Garland’s extraordinary life. Film clips will be abundant, starting with The Broadway Melody of 1938 and moving through 1944 blockbuster Meet Me in St. Louis, The Harvey Girls, Cole Porter’s gem-ridden The Pirate of 1948 and the sizzling A Star is Born, the 1954 masterwork which became her last bravura film. TV specials like the 1962 The Judy Garland Show with Dean Martin and Frank Sinatra, the specials that featured Robert Goulet still basking from Camelot, and of course, the prized duos with daughter Liza Minnelli, will stimulate your evening.