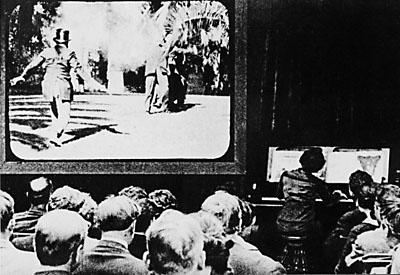 The golden age of the Hollywood musical coincided with the greatest era of American songwriting. Music-makers like Berlin, Gershwin, Porter, Kern, and Rodgers and Hart wrote brilliant songs and then shuffled them across the continent from theaters in New York to the film studios in California.

The Vitaphone crackles of the first musical talkie traveled in the opposite direction: from the Hollywood sound stages of Warner Bros. to its 1927 world premiere in Manhattan, where audiences heard Al Jolson speak his prophetic line, “Wait a minute, wait a minute…you ain’t heard nothin’ yet!” The sensation created by The Jazz Singer began four decades of melodious invention as the Hollywood musical dominated the landscape of the American film industry. This first of a four-session series pays tribute to the great musicals of the 1930s.