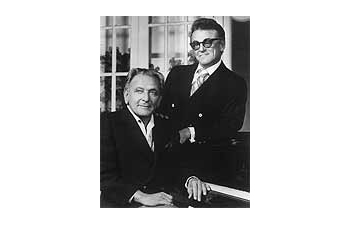 The World of Lerner & Loewe

In temperament, personality and background, Alan Jay Lerner and Frederick Loewe were perhaps the most dissimilar of all of the great songwriting teams. Yet together they penned some of the most original and successful musicals written during the Golden Age of Broadway, hits beginning with Brigadoon in 1947 and ending with Gigi in 1973. Between those bookends fell Paint Your Wagon, the blockbuster My Fair Lady which made Julie Andrews an over-night sensation, and Camelot, starring Ms. Andrews, Richard Burton and Robert Goulet in his Broadway debut. Often at odds with each other personally, their