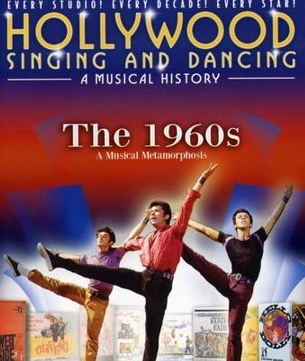 Hollywood Musicals of the 1960s

Films created during the 1960s belong to the most creative era in cinema history, a time of tremendous social change, the Vietnam War, fashion, fads, rock ‘n’ roll and the acceleration of technological ingenuity. However, movie audiences were rapidly diminishing due to the dominance of the television industry and only 145 musicals were produced in the decade, compared to the 453 all-singing, all-dancing extravaganzas churned out in the 1930s.

Be entertained throughout an evening which features dazzling film clips of your favorite stars and a historical narrative by American music specialist, Robert Wyatt. Enjoy the emergence of Barbara Streisand, witness Julie Andrews transform from a nanny to a nun in only a year, and reserve a front row seat while drifting back to a time when admission to a movie house equaled a six-pack of beer!