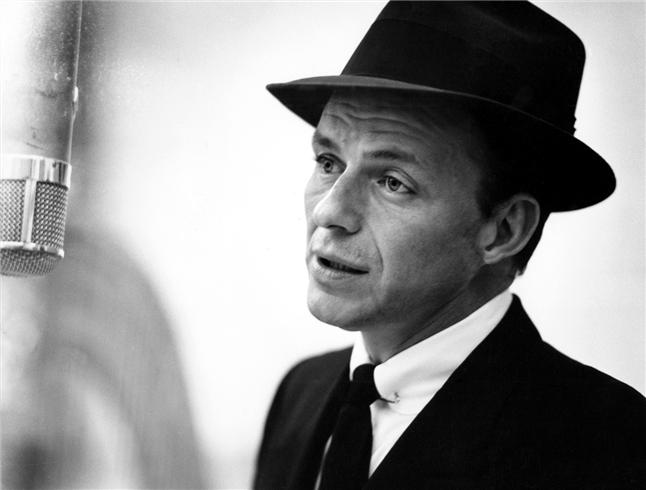 Baritone Frank Sinatra was indisputably the 20th century’s greatest singer of popular song. Though influenced by Bing Crosby’s crooning, and by learning from trombonist Tommy Dorsey’s breath control and blues singer Billie Holiday’s rhythmic swing, Frank Sinatra mainstreamed the concept of singing colloquially, treating lyrics as personal statements and handling melodies with the ease of a jazz improviser. His best work is standards —Cole Porter, Irving Berlin, Jerome Kern, and the Gershwins —but Sinatra, despite his 1957 denunciation of rock & roll as degenerate, has recorded songs by the likes of Stevie Wonder, George Harrison, Jimmy Webb, and Billy Joel. Not only did his freely interpretive approach pave the way for the idiosyncrasies of rock singing, but with his character a mix of tough-guy cool and romantic vulnerability, he became the first true pop idol, a superstar who through his music established a persona audiences found compelling and true.